For several weeks now, I’ve been involved in email debates with some of my fellow conservatives. They’ve been on my case ever since I pointed out that a Republican-lite is preferable to a Democrat. I swear, if this were the Middle Ages, they’d have me burned at the stake for heresy.

It’s their contention that it is better to vote for a third party candidate than for a Republican In Name Only (RINO). In response, I have pointed out that a third party candidate can’t win the presidency, and while wasting your vote on one can have the short term benefit of making you feel good about yourself, in the long term, you’re merely making it easier for the liberal to win the election. So while there’s nothing to prevent a conservative casting his vote in 2012 for a Libertarian or a Constitutionalist, in reality he’d be helping to re-elect a left-wing radical named Obama. 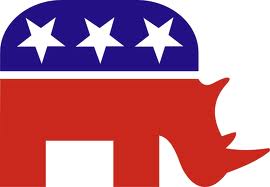 Speaking of Obama, some people, most notably Bill O’Reilly, have wondered why, after the firestorm over his close ties to an America-bashing racist like Rev. Jeremiah Wright, he and his family would attend Easter Sunday services at the Shiloh Baptist Church, listening to an America-bashing racist named Rev. Wallace Charles Smith. Frankly, I always believed that “birds of a feather flock together” covered all such questions.

In any case, I hoped that if I wrote down my reasoning, I might be able to put an end to the barrage of conservative hate email. To begin with, if a true conservative can’t win GOP primaries, what makes anyone think he can win a general election when, unfortunately, tens of millions of Democrats are allowed to vote?

If you accept that the liberal candidate in a presidential election, no matter how vile he is, can count on receiving 45% of the votes cast, a third party conservative would have to essentially run the table, garnering virtually every Independent and Republican vote if he’s to have any chance of winning. Inasmuch as the reason that most people register as Independents in the first place is because they shy away from those they regard as representing the extremes in either party, this scenario strikes me as highly unlikely.

Furthermore, registered Republicans are the reason that RINOS get elected in the first place. If that weren’t the case, people like Bob Dole, John McCain and the two Bushes, wouldn’t consistently carry the GOP standard in presidential elections.

What I have come to believe is that a lot of conservatives don’t really want to elect a president, but, rather, wish to install a dictator. They want someone who will get rid of all those annoying federal departments, bureaucrats and even those pesky checks and balances. For good measure, they’d like Sir Boss to make the Federal Reserve Bank disappear, along with the Supreme Court and just maybe daylight-saving time. While he’s at it, they’d appreciate it if he brought back doubleheaders, 25 cent-a-gallon gas and Tom & Jerry cartoons. The reason I suspect that’s true of many conservatives is because it’s true of me.

However, without a dictator at the helm, those things simply won’t get done. As you may have noticed, even Obama, who had huge majorities in the House and Senate, couldn’t get all of the goofy and scary items on his loony agenda enacted.

So, while I can certainly understand and even share a great deal of the frustration of those who have no use for RINOS, me or even reality, for that matter, it seems clear that threatening to sit out presidential elections simply because the Republican candidate doesn’t possess all the various attributes and convictions of Ronald Reagan, Ron Paul, Barry Goldwater, Abe Lincoln, Rush Limbaugh and Ann Coulter, is not only antithetical to pro-American conservative principles, but as childish as pinning all of one’s hopes on Santa Claus or the Easter Bunny.

Finally, one thing that virtually all of the people who have taken me to task have mentioned is that they want a strict Constitutionalist sitting in the Oval Office. If it’s not specifically mentioned in the Constitution, they’re against it. When they bother to get specific, they mention federal dollars for schools, Planned Parenthood, ObamaCare and the NEA. What I couldn’t help noticing were the items never mentioned, not in their email and not in the Constitution, such as Medicaid, Medicare and unemployment insurance.

A few of them swell themselves up like bantam roosters by quoting Thomas Jefferson about the blood of Tyrants and Patriots occasionally being required to water the tree of Liberty. If you took them seriously, you’d actually have to believe they’re planning an armed insurrection, sitting home oiling their muskets, deciding whether to first target their liberal next-door neighbors or the family of RINOS living on the corner.

It would be much easier to picture all this if you didn’t know that these are the same folks who get very upset if their Social Security check arrives a day late.

Leaving Afghanistan is a Mistake