We’ve all known kids who only try to straighten out their behavior when they begin to sense that Christmas is right around the corner. It often strikes me that politicians are the same way, only in their case it’s elections that start them thinking in terms of being naughty or nice. But some of us, like Santa’s little helpers, are always keeping a list and checking it twice.

For instance, when Wisconsin’s Governor Walker and 18 out of 19 Republicans finally did the right thing, in spite of the presence of thousands of union goons and the absence of 14 Democrats, most sane Americans celebrated the occasion. But for Democrats such as Hawaii’s Senator Inouye, it was a cause for concern. He actually complained that Republicans were basing their demands for budgetary cuts on their campaign promises. What’s more, Rep. Pelosi said that it was immoral to cut spending. And I’m sure they weren’t the only politicians who were shocked and genuinely upset that Republicans such as Walker and the Tea Partiers in the House, who had run and won elections by vowing to stand up to the public sector unions and restore fiscal responsibility to America, meant to keep their word.

One can easily understand liberals’ outrage. After all, our president, theoretically, at least, the symbolic head of our nation, has kept precious few of his campaign promises. So where do all these right-wing governors and congressmen get off trying to make him look like a run-of-the-mill political hack?

But lest anyone get the idea that I disapprove of everything Barack Obama says and does, it only took about 27 months, but he and I finally saw eye to eye on an issue. But, then, predictably, he double-crossed me. Just as I was prepared to agree with one of his decisions — namely, to keep our nose out of Libya — he decided to go macho on me. 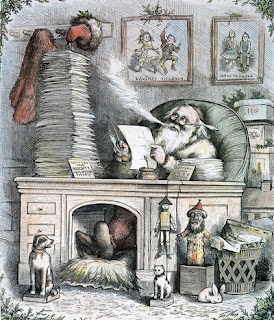 In spite of all the talking heads on TV urging U.S. intervention, I would not have involved our military in Libya. For one thing, I see no reason why the Arab League, which gave the no-fly zone notion a big thumbs-up, doesn’t take on that job. They have pilots and jets. Why is it that America and the European nations always have to do their dirty work?

I, for one, am sick and tired of America rushing off to spill our blood and waste China’s money in order to protect Muslims from other Muslims. Over the past two decades, our military has been involved in Somalia, Kosovo, Iraq, Kuwait, Afghanistan and now Libya. Enough is enough. The truth is, all it ever gets us is the ongoing hatred and resentment of Arabs and Muslims.

Unlike most people, I have not been sitting on the sidelines rooting for the rebellion forces in the Middle East. I do not confuse enemies of my enemies with friends. I have no reason to think that when the smoke clears, we are going to see a lot of George Washingtons and Thomas Jeffersons running any of those moral swamplands. It is far likelier that Al Qaeda, Hamas, the Muslim Brotherhood and Hezbollah, will fill any and all power vacuums in that part of the world, with the mullahs in Tehran pulling their collective strings.

I thought the most-telling event during the recent uprisings took place in Cairo’s Tahrir Square, when the mob raped CBS news reporter Lara Logan, having decided, incorrectly as it happens, that she was Jewish. Predictably, hundreds of Egypt’s peaceful demonstrators cheered on the rapists. That told me all I really needed to know about the “freedom fighters” who were revolting against Hosni Mubarak. “Revolting” was certainly the operative word.

Keep in mind it was because of TV coverage that George H.W. Bush decided it was our duty to invade Somalia. But it took only a couple of weeks before the newly-elected Bill Clinton understood the political ramifications of having TV showing American soldiers killing black men, even if the miserable thugs were the African version of the Crips and Bloods. And, so, the greatest military power on earth retreated in the face of a bunch of punks and gangsters.

In short, we should not be letting the 6 o’clock news determine our foreign policy. For those not old enough to remember, we already let Walter Cronkite do it once, and it not only cost us a victory in Vietnam, it cost millions of Vietnamese and Cambodians their lives.

And if that’s not bad enough, it also propelled John Kerry into the U.S. Senate and helped convince Hollywood pinheads that Jane Fonda deserved to win a couple of Oscars.

Get your personally autographed copy of Burt’s book!