In London and other English cities, young black savages have been wreaking such havoc that even Prime Minister David Cameron, who is generally as genteel as Queen Victoria, has referred to them as “scum.”

It figured that once England’s riffraff showed the world what they were made of, America’s own would step up to the challenge. The fact is, if there were an Olympics where young louts could compete for medals in such events as car-burning, looting and beating up innocent people, our own black thugs would consistently bring home the gold. 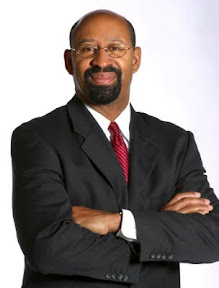 Their defenders on the loony Left would insist that society is to blame. If only, the defense goes, Martin Luther King hadn’t been shot, if only Rodney King hadn’t been beaten up, if only the L.A. Lakers hadn’t won or lost a championship game, we wouldn’t have rioting in our streets. Or, more recently, if only Wisconsin hadn’t had a state fair, and if only Philadelphia didn’t have department stores!

The one thing that the enablers in and out of the media won’t suggest is that it’s an entitlement culture that leads these swine to assume it’s their birthright to have what other people only manage to achieve through getting an education, working hard and saving their money. Here and on the other side of the Atlantic, we have raised millions of young people who are so full of themselves that they see no more reason than Prince Charles why they should go out and earn a living.

There are even those who insist that these mob riots are political action, the underclass striking back at their oppressors. What makes it such a tough pill to swallow is that it’s the “oppressors” who provide the ungrateful nincompoops with housing, clothing and food stamps. Besides, there’s an easy way to tell the difference between rioting and revolution. In the latter case, they toss the tea into the harbor. In the former, they take it home, along with silver tea services, ipods and plasma TVs.

Predictably, white liberals busy themselves coming up with excuses for the vandals who have been raised, for the most part, by single, never-married mothers, and who tell one another that cracking a book or getting an education is “acting white.” For good measure, the punks have been assured by left-wing teachers and politicians that they are the innocent victims of white bigotry.

You can never expect the likes of Barack Obama, Charles Rangel, Al Sharpton, Oprah Winfrey, Jesse Jackson, Maxine Waters, Eric Holder, Jeremiah Wright, Marc Lamont Hill and Sheila Jackson Lee, to speak the truth to their fellow blacks. They never will. That’s because their moral authority and influence is conditional on their defending the dregs of black society. These are the same scumbags who used to pretend that Ebonics was an actual language, who defend cop killers, who never place the responsibility where it belongs, and who demand that billions of extorted dollars be funneled into the cesspools euphemistically referred to as America’s inner cities.

Liberal politicians point to the fact that blacks are more likely to go to prison than to college, and they blame that on white people. No doubt Whitey is also to blame for the drug trade and the illegitimacy rate that plague black neighborhoods.

But in the midst of all this self-serving bullshit, there is one black man who is as fed up as I am. I am referring to Mr. Michael Nutter (above right), the black mayor of Philadelphia. He took the pulpit on a recent Sunday at the Mount Carmel Baptist Church to deliver a stinging sermon that is long overdue. For those of us who have grown accustomed to only seeing the likes of Jeremiah Wright or presidential hopefuls such as Al Gore, Ted Kennedy or John Kerry, in such settings, it was almost a religious experience.

What set off the Mayor were a series of flash mob attacks that had taken place in his city.. Flash mobs, as they have come to be known, are mini-riots in which, through texting and tweeting, black youngsters come together at a specific time and place in order to vandalize, terrorize and brutalize, white people.

He went on: “Take those God darn hoodies down, especially in the summer. Pull your pants up and buy a belt because no one wants to see your underwear or the crack of your butt. Nobody! If you walk into somebody’s office with your hair uncombed and a pick in the back, and your shoes untied, and your pants half down, tattoos up and down your arms and on your neck, and you wonder why somebody won’t hire you? They don’t hire you because you look like you’re crazy.”

He also took the occasion to unload on the adults: “The Immaculate Conception of our Lord Jesus Christ took place a long time ago, and it didn’t happen here in Philadelphia. So, every one of these kids has two parents who were around and participating at the time. They need to be around now. Parents who neglect their children, who don’t know where they are, who don’t know what they’re doing, who don’t know who they’re hanging out with, you’re going to find yourself spending some quality time with your kids in jail.”

Generally when someone steps up to the plate like that, one immediately thinks the guy should be in Congress or even the White House, but I think Mayor Nutter is exactly where he’s meant to be.

And Philadelphia is all the better for it.

But I find it oddly ironic that whereas America’s political and cultural landscape is chockful of nutters, Mayor Nutter is a rare and precious exception.

Now there are TWO ways to become a Premium Member!

If you prefer Patreon:

If you prefer Substack:

Why Freedom Is in Serious Jeopardy